How to Install Wood Baseboard
Source: Ask This Old House

Tom Silva shows how to install baseboards that become visual anchors for any room.
By Charles Wardell of This Old House magazine 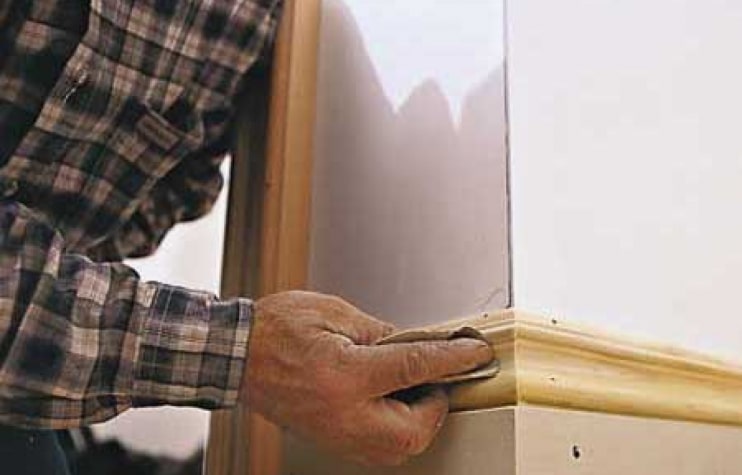 Despite their lowly position along the floor, baseboards are one of a house's defining features. If they have stature, a room becomes regal; when they are skimpy, that same space looks dowdy.

Baseboards were often three-piece affairs consisting of a flat plank, a decorative cap molding, and a rounded shoe molding to cover gaps along the floor. “In old houses, you often see the fanciest baseboard in the front room downstairs,” says This Old House general contractor Tom Silva.

In houses built after World War II, however, fancy gave way to cheap, and the vital floor-to-wall transition became the domain of thin, featureless one-piece trim. Fortunately, it's easy to replace modern moldings with taller, thicker, two- or three-part baseboards.

Running baseboard is also good for perfecting carpentry skills. The joints required are simple butts, miters, and copes, and the same basic installation steps apply to all trimwork.

Click to View More from “How to Install Baseboards”

We complete a thorough take-off from your architectural plan. We calculate your required quantities and prepare your no-obligation quote free of charge. Ready to proceed? Your trim package is ready and delivered when you want it. Getting your classic, traditional architectural woodwork priced and delivered has never been so easy! Start Here

Download a PDF catalog for any of our architectural woodwork: wood mouldings, doors, windows, sidelites, transoms and shutters and more. View and Download our Catalogs Here

This business is outstanding. What a hidden gem! The quality of their millwork is incredible. They have all standard moldings readily available in common hardwoods and can custom mill or produce almost anything you can imagine! The sales and office staff are knowledgeable, welcoming and very helpful!